If you’ve ever heard music business terminology and found yourself wondering what some of it meant, this post can help you speak the language of the music industry.

With every industry comes a set of terms that is specific to that field; the music business is no different. Check out this quick list of compiled definitions and music business terminology so you can learn to speak the language of the music industry.

A 360 deal is an increasingly common major-label-deal structure in which the label earns income not only from the sale of the recorded music of their artists but also gets a cut of other artist income, including money generated by touring and merchandise sales.

“Artist and Repertoire.” The talent department at a record label responsible for developing artists and locating songs for them to record.

Money paid (loaned) by a publisher to a writer (usually on staff) in anticipation of that songwriter’s song(s) earning future royalties. In that event, the writer repays the full amount of the advance to the publisher.

Refers to a royalty payable by a label, including the royalty rates payable to the producers and mixers as well as what is left over for the artist.

A license issued by a performing rights society that authorizes the public performance of all the songs in the society’s catalog.

Used to describe a song’s ability to motivate the singer to sing it and the public to purchase it.

A publishing agreement in which the songwriter (or his publishing company) agrees to share his copyrights in one or more songs with another publisher, who, in addition to getting a portion of the copyrights, is granted exclusive administration rights for the entire song(s). In Nashville, this term usually means the songwriter has reached a level of success which allows him to keep part of the publishing share of his royalties.

Copyright law in the United States guarantees that you own the copyright to your song the minute you “affix it in any form,” including writing it on a napkin or singing it into your cell phone. You do not have to register your song with the copyright office in order for it to be copyrighted.

Filing paperwork with the Copyright Office. Take this step when a song is recorded by someone, when you put it up on a website or when you press CDs to sell or give away. Professional songwriters do not go to the time and expense of filing a copyright for every song they write.

A song recorded by an artist is referred to as a cut. Some say the wording “cut” originates from the days when songs were actually etched or cut into the record.

Short for demonstration recording. Cost can range from $45 for a guitar/vocal version to $350-$500 if you hire a studio, engineer, musicians and a singer. Wait to spend more on demos when you have a publisher footing the bill.

A new work based on or derived from one or more pre-existing works.

Short for extended play, a musical recording which contains more music than a single, but is too short to qualify as a full album or LP. The term EP originally referred only to specific types of vinyl records other than 78 rpm standard play (SP) records and long play (LP) records, but it is now applied to mid-length compact discs and music downloads as well.

The right of a copyright owner to determine who will be the first artist to record a particular song.

Fixed in a tangible medium of expression

An original literary, artistic or intellectual work has a valid copyright as soon as it is written down or recorded in a manner sufficiently permanent or stable to permit it to be perceived, reproduced or communicated for a period of more than transitory duration.

When an artist or producer decides to keep a song for consideration on a recording project and asks that the song not be actively pitched elsewhere.

The “catchy” part of a song that makes people want to hear/sing it repeatedly. The hook can be lyrical or musical. It is most often the title of the song, and is usually repeated frequently throughout the song.

Independent, not signed to a record label.

Advice, feedback and expertise handed down from a professional to someone just breaking into a business.

ASCAP, BMI, and SESAC are the three United States performance rights organizations. They pay royalties to songwriters and publishers based on performances of their songs through the media. A published songwriter may affiliate with only one of the three.

To try and interest someone, such as a music publisher or an A&R person, in a song.

A person who screens songs, acquires by written contract the songs with the most commercial potential (in his or her opinion), then works to get those songs recorded and productively used as often as possible. b. The person in charge of making a record. Chooses the musicians, instrumentation and songs for the project, and oversees it to completion, often in collaboration with the recording artist and staff of the record company.

A song is considered published by U.S. Copyright Law when copies are “distributed” or “offered for distribution.” A songwriter may sign a single-song agreement with a publisher, who then will try to get the song heard by a recording artist, or will have print copies made and offered for sale to a church, for example. That song is considered “published.”

A company that secures commercial recordings of songs on behalf of a songwriter. The publisher is often the person who pitches the song to the artist or someone on their team.

A contract offered by a publisher to a songwriter. The publisher pays the songwriter a weekly or monthly sum of money, called a draw. The writer agrees to assign the publisher half of any future income his songs make. Recoupable. Reimbursable.

A contract between a publisher and a songwriter for only one song. May involve no money for the writer, or a small payment, such as covering the cost of a demo. Often the first step to a full staff-writer deal.

Feedback or critique from an industry professional or another songwriter. Average cost on the open market is $30 to $200 per song, depending on the level of the evaluator.

A publisher’s “song salesman” who pitches (or plugs) that company’s songs to artists, producers, A&R, etc.

The “soft ticket” market includes venues such as casinos and fairs, where crowds will gather regardless of the act and where performers can make decent guaranteed money without having to count on people paying for a ticket that allows entrance into a concert and nothing else. Someone who pays $60 to see a specific concert at a stadium, amphitheatre or arena has purchased a “hard ticket.”

A songwriter who is under contract and is advanced money by a publisher to write songs exclusively for that publisher.

Not asked for, not requested.

PAPOOSE FREESTYLES ON BET’S THE BACKROOM

Battle Bear ‘Kid Free’ Still going off for the weekends 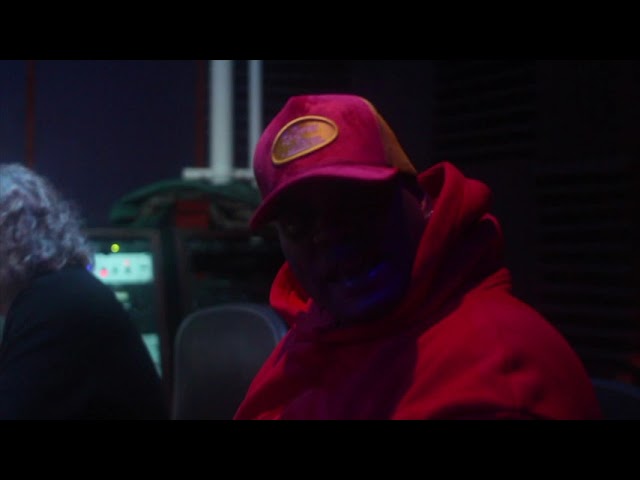 HOW TO SUBMIT MUSIC FOR SPOTIFY PLAYLISTS

How to Network With Other Independent Hip Hop Artists

How to Promote Your Music Independently in 2018

Steps you should be taking and an INDIE

7 ways to make money from your music